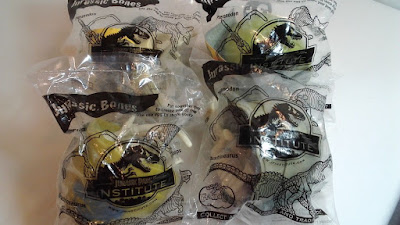 Fazoli's ran a promotional toy series of Jurassic Park & The Jurassic Park Institute. The toys came out in 2003 around the same time as the ride in Universal Japan with the same name. The Institute was a webpage called www.jpinstitute.com (If you click the link it will direct you to the wayback time capsule version. The actually webpage is no longer running) The site had a database about dinosaurs. You could also find dinosaur experiences on the page such as games, puzzles, facts, news and more all related to dinosaurs.

The toys for the promotion were made out of plastic and measured about 4.5 inches tall. You would split open a egg into two pieces, then three pieces of a dinosaur skeleton would fall out, and you would assemble them. The toy also include a information card about the dinosaur. The cards were two sided and glossy. Pictures of the cards are present below: 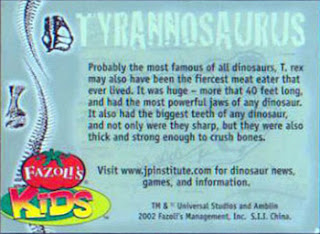 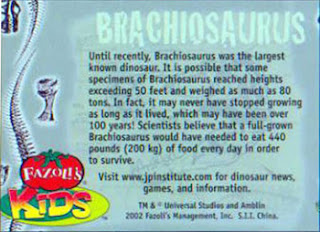 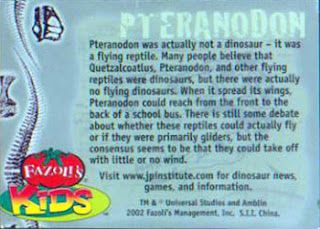