In 1997 Taco bell ran a promotion to promote the brand new Nintendo 64. It was one of the first four player game consoles and brought early 3D games to your TV. Each toy was only $.99 and came in a gift box. The toys promoted different N64 games 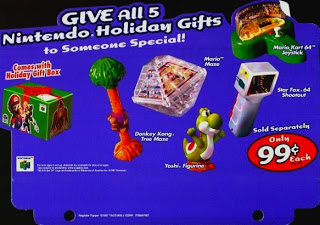 All the Gift boxes promoted Mario games. You had a Donkey Kong climbing toy, a Mario pyramid maze, a Yoshi Figure for all ages, A Star Fox 64 handheld game & a Mario Kart inspired game in the shape of a controller.
You may have gotten the meal in a box like: 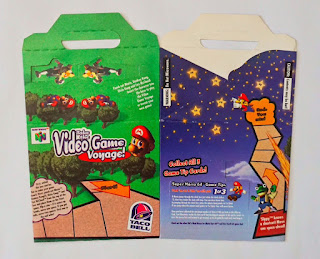 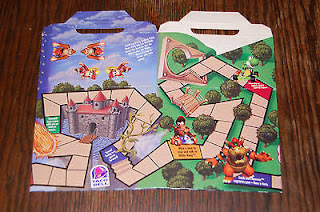 The gift boxes the toys came in looked like this: 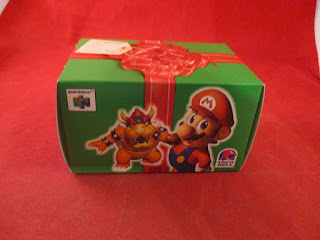 Meals were served with a Mario 64 cup: 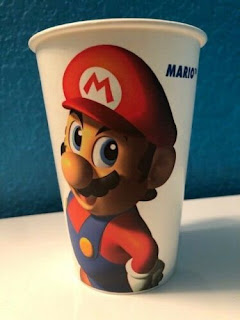 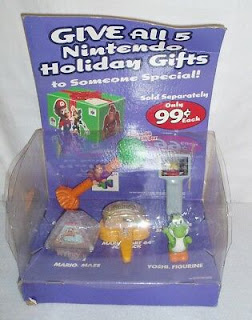 Taco bell also ran a promotion called Score 64. You would get pogs in your meal and if you got them to equal 64 you would get free food and prizes! The most sought after was the score 64 pog:

You could also get a few different characters:

Commercial for the promo: