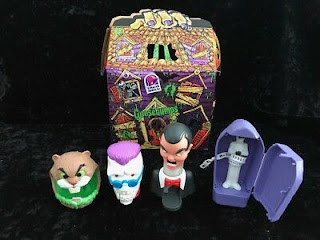 In 1996 Taco Bell promoted the Kid book series know as Goosebumps. The series of toys were designed to promote some of the more famous monsters of the series.

1) Slappy the dummy candy dispenser. Slappy was introduced in: "Night of the Living Dummy" 1993
2) Cuddles the horrible Hamster. From "Monster Blood 2" 1992
3) Mummy from "The Curse of the Mummy's Tomb"
4) Curly the Skeleton head from "Tales to Give You Goosebumps" 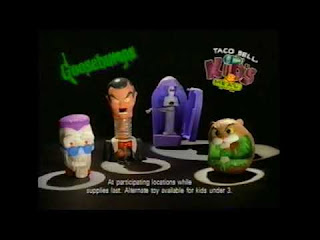 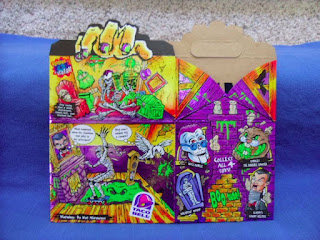 The following year a book series was released and a cardboard haunted house you could assemble: 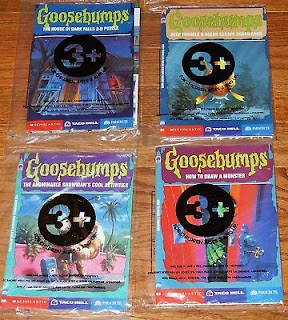 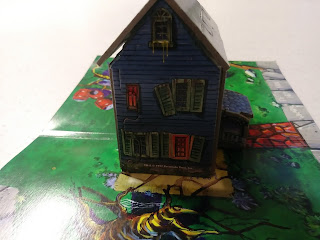 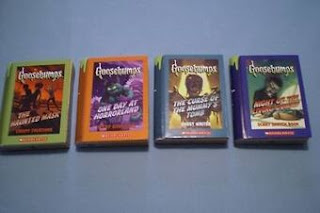 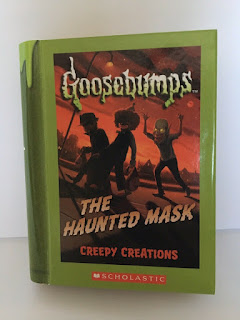 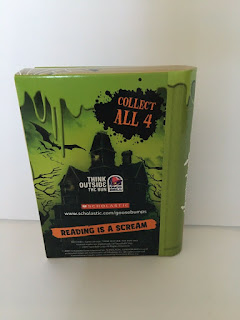 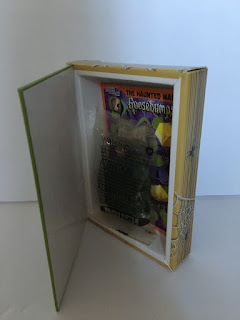 The prize was a fake cardboard book with a real book inside!