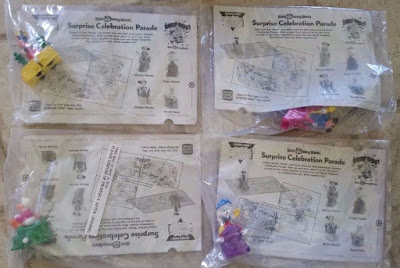 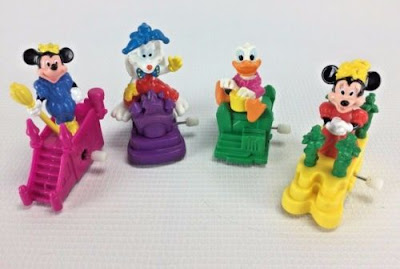 The toys were made to promote the Disney World Magic Kingdom theme park's 20th year anniversary. Each toy consisted of a wind up Disney character and a clear track. 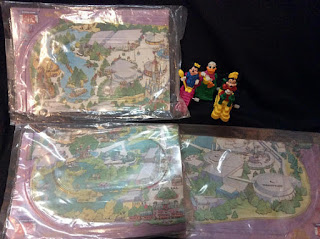 If you got all four toys the track would combine to form a complete map of Disney's Magic Kingdom. The wind up figures made were:

Each character was based off a float you would have seen at the parade. The parade started in September of that year and lasted for about 4 years. The character floats were giant balloons measuring 35 to 40 feet tall!