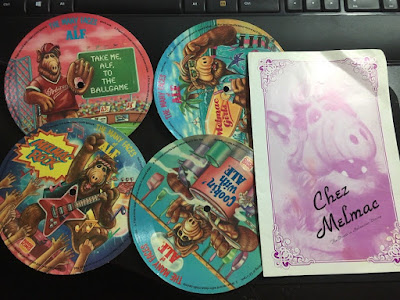 The 4 records were flexi-disc. Unlike a regular record they were paper thin and would play at 33rpm. The record genre was non-music, hip hop, Rock and pop. The records were 6 inches big and had four different titles: 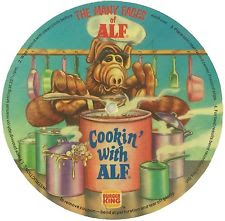 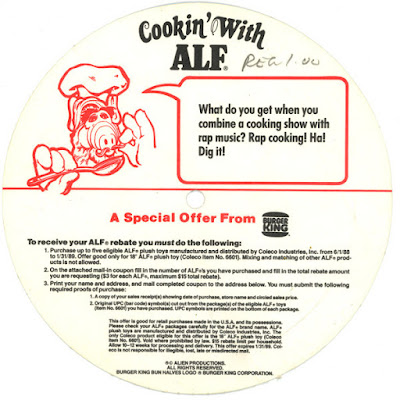 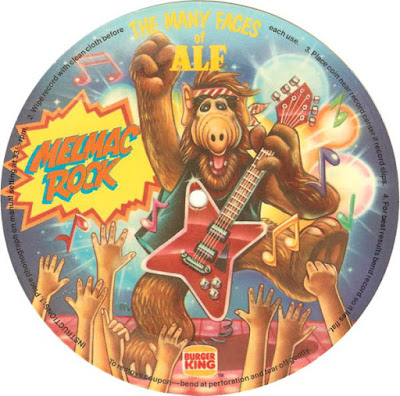 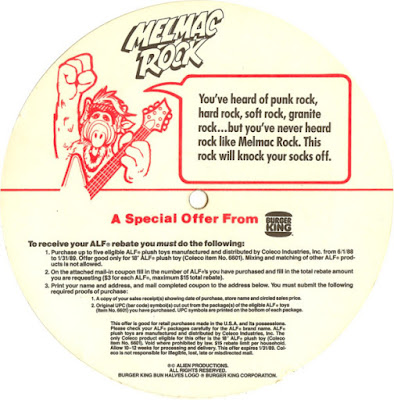 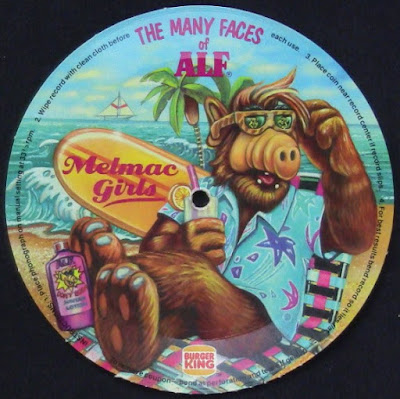 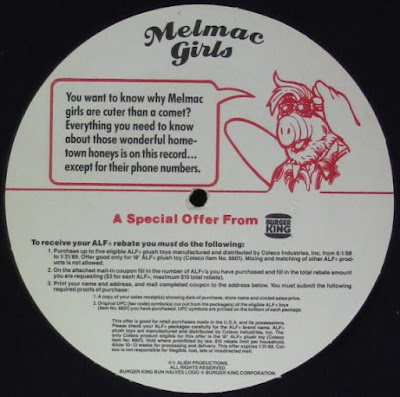 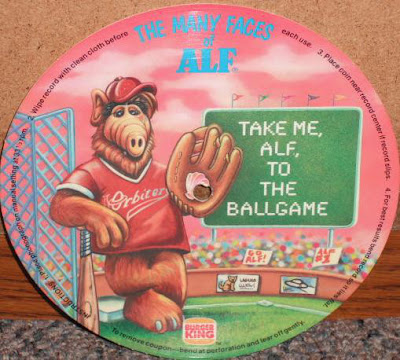 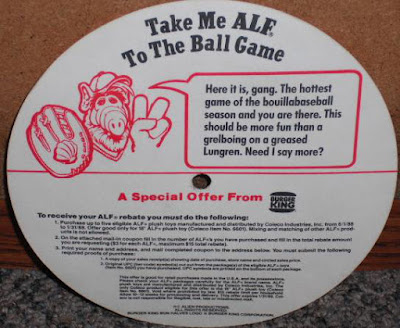 Take me Alf to the ball game


Each record came with a soft hand puppet of the character Alf in different outfits representative of the record he came with: 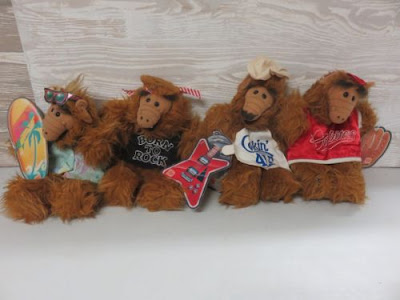 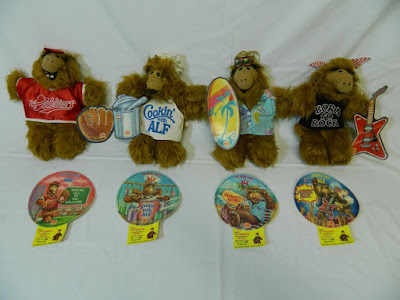 The toy and record series was based off the hit sitcom Comedy television show Alf (Best of show clip below):