McDonald's 2003 He-Man & the Masters of the Universe 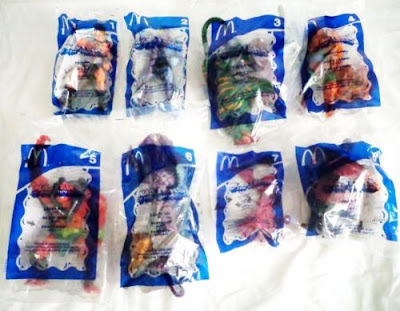 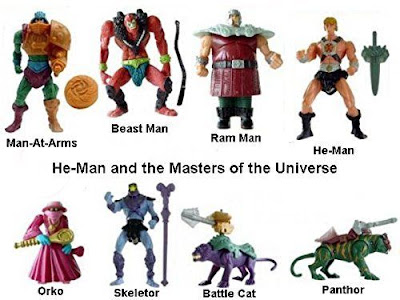 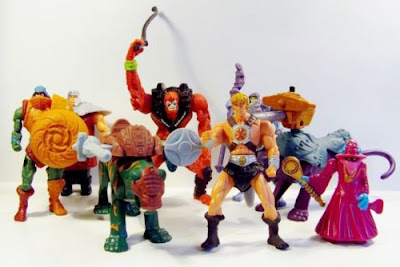 Designed to promote the animated series He-Man & the Masters of the Universe. They were eight different action figures you could have gotten:

The original He-Man toys came out in the 1980s with a TV show that featured the characters. The toys were a huge success. Selling over a million dollars worth of action figures. After a while the excitement was over and the toy series was ended.

The show He-Man & the Masters of the Universe was started in 2002 and aired on cartoon network. Mattel had shelved the He-Man Property for 11 years and believed that with a new TV show would revive the toy line. This show featured the origins of each character and tried to go more in depth about the characters The series won an Emmy and was well written. The toy line failed due to mismanagement and too many character variants. Due to the toy line failure the show was cancelled.

Intro to all three He-Man series: