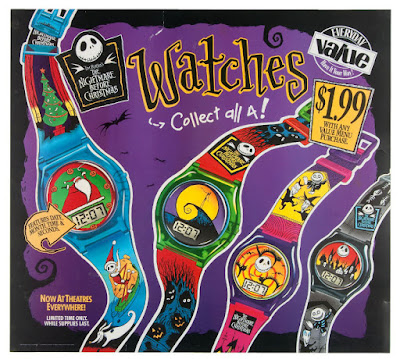 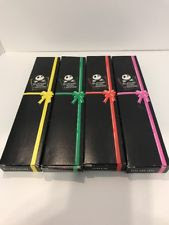 There were four different watches made to promote the film "The Nightmare before Christmas" The watches each cost $1.99 with any meal purchase.This promotion was the largest one for the film. It was considered to be a dark film and initial released under touchstone pictures instead of the Disney brand. It was released in October of 1993. The video below is a trailer to the film:

The next video is the Ad that was ran on TV for the watches: