Released in 1985 they came in blister packs with comic books by DC comics if bought in the USA below are all the comics and which character they came with:

They were four different transforming Commandrons. Each measured about 3.75" inches long: 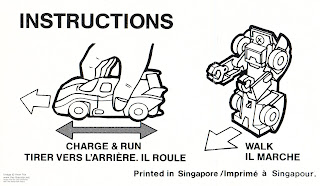 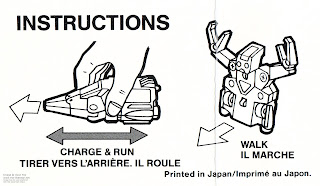 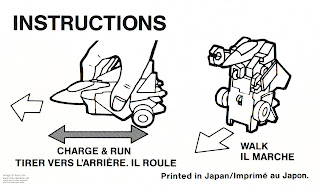 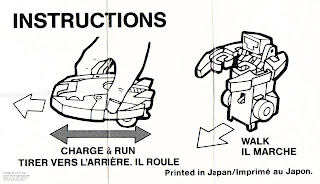 Something interesting to note is that the US Commandrons had stickers with a double lined V whereas Canada versions and the Super Alternators (Toy line version released to stores one year later) had a C symbol. The proof of purchase coupon on the rear of the US card backs showed the C symbol and not the V.

The Commandrons were based off the Transformers from the TV show and were able to walk and transformer. They were made by Tomy. They even had a promotional Pin for employees to wear during the promotion: 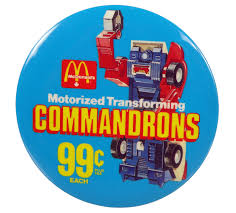 The toys were advertised on TV with two different commercials:

Commandrons were a special series made for McDonald's and were not actually featured in any TV shows till Beast Wars: Uprising

Later on they were released in Canadian stores as Alternators: 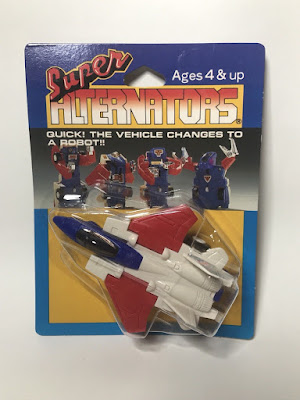 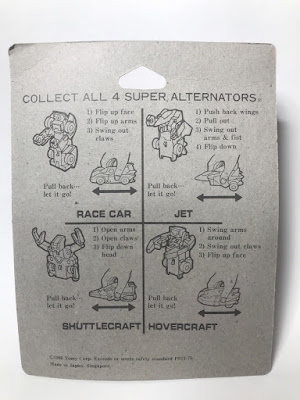