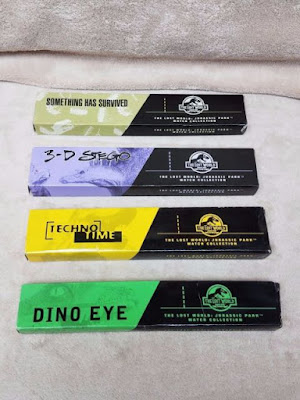 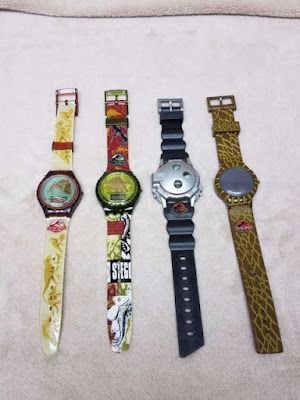 With the success of  Jurassic Park in 1993 a sequel was made and heavily promoted called Jurassic Park the lost world. The film was released in May the same year as a Batman film. The watches were $1.99 with purchase of a Burger King meal. You had four different options and you could select which one you would get with your order depending on the stores supply. The video below is a trailer to the film:


As a promotional item Burger King gave employees button pins that had the film logo on it and would change image to a T-Rex face depending on what angle you looked at it from.