Mario was original featured in a game called Donkey Kong has Jump Man:

If you click the link above it will open the game for you to play on the computer. The game uses your keyboards arrow keys for controls. Donkey Kong is regarded as one of the first platforms in Video Game history. Due to the popularity of Donkey Kong, Jump Man would get is own game a few years later called: Mario Brothers

If you click the link above it will bring you to the game online. The website has a lot of ads but it does not affect play to much.

The Second super Mario bros was released in October 9th,1988 and  Super Mario Bros. 3 was released on October 23rd of the same year. The toys were launched with a TV commercial

You could get a happy meal at the time for $1.99 and the box that the happy meal came in had coupons on it attached to the top to save money on the game for the Nintendo Home console at the time: 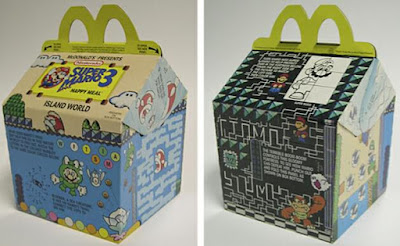 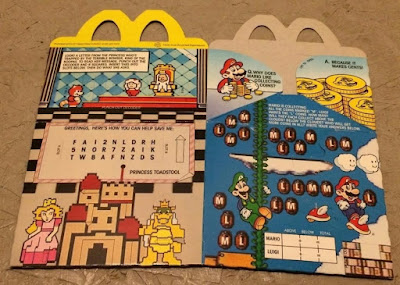 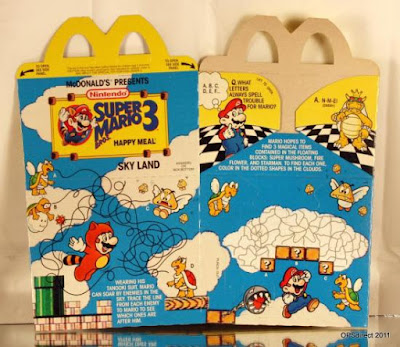 The toys each came with pamphlets describing the characters in the bags. You could get Mario, Lugi, Koopa or a Goomba. If you asked for the under 3 toy you would get Raccoon Mario. The store display of the figures looked like this: 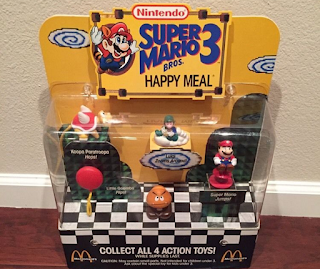 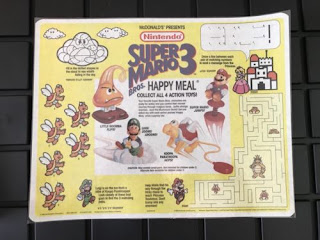