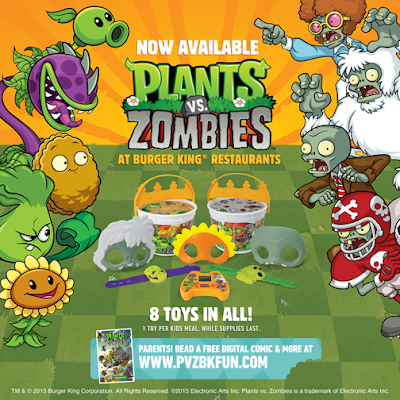 Made to promote the very popular mobile app game Plants Vs. Zombies. The game did so well that the studio that made it was acquired by EA games and a sequel was made in 2013 that is free to play on the Play store and the App store (Apple app store) Later on Plants vs. Zombies Garden Warfare came out. This toy series was made to promote Plants Vs. Zombies 2 Garden warfare. Video below is the trailer for the game:

There were eight toys you could have gotten:

Click the link to play the first game on the computer: http://www.agame.com/game/plants-vs-zombies